There were numerous historical events that shaped diamond cutting evolution leading to why diamonds are cut today to their present fashions and proportions.

One significant event was the industrial revolution and the new machines and tools it helped develop in order to assist with the mass of diamonds discovered in the latter part of the 19th century, the South African diamond rush.

Many tools which were developed helped advance cut evolution but in my opinion one specific tool was significant enough to disrupt the whole concept of diamond economics, shapes and faceting which still fully affect current diamond cut and proportions. – The Diamond SAW!

Raw diamonds were first adorned as objects of beauty and talismans thousands of years ago and were recorded in “Naturalis Historia” in Latin by Pliny the Elder (77-79 AD). Chapter 15 “Adamas” mentioned: “The substance that possessed the greatest value, not only amongst precious stones, but of all human possessions, is adamas; a mineral which, for a long time, was known to kings only, and to very few of them…”

Indian diamonds were already recorded in Marco Polo’s 13th. century work “The Travels of Marco Polo”. In his writings, there are at least two tales on the earliest alluvial diamond mining methods.

During this period, diamonds were mostly adorned by royalty and their courtesans mainly in India where the first diamond deposits were found.

There are a number of historical literatures that mention gem traders would bring and trade diamonds in the Middle East (Mediterenean) and Europe, all were natural formed or cleaved rough diamonds. 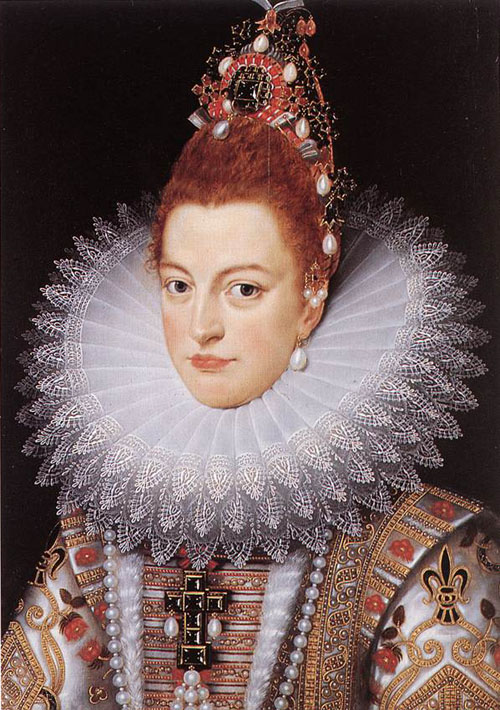 Figure 1 – Diamonds were painted dark during the periods

First recorded attempts at diamond cutting started to appear in Europe around the 13th. – 14th. century, these were mostly randomly faceted styles and lacked any symmetrical forms and shapes.

A bit later, diamond cut forms and shapes started to appear, in India forms like the Tavees and Mughal cuts, and in Europe, Point, Table and single cuts which followed symmetry based forms. 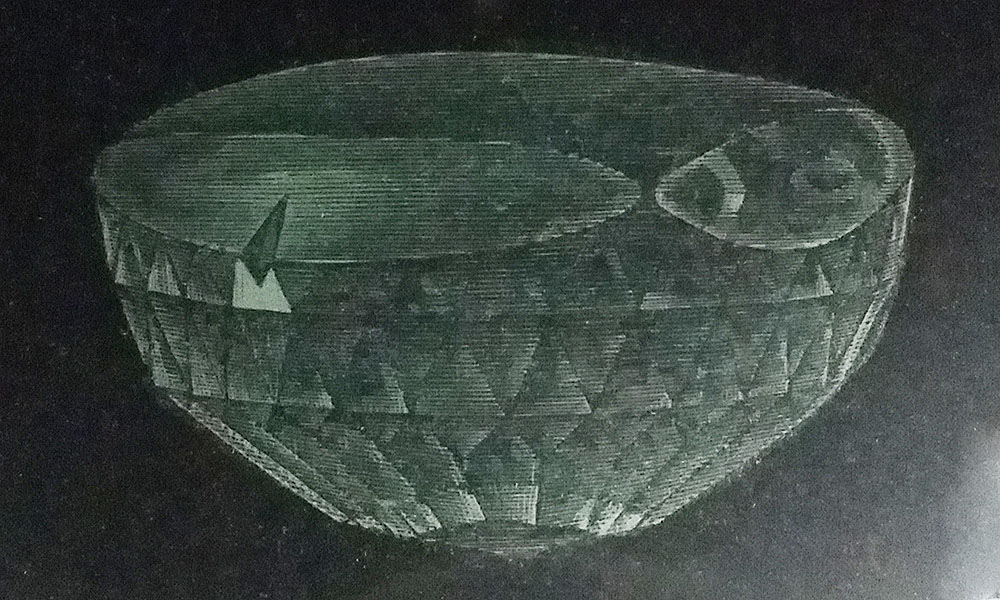 The diamond sawing – first documented around 1700?

Nobody really knows when diamond sawing was first developed as this specialized craft was kept vigorously secret by families in the know.

There were rumors that the 426 carat rough diamond which yielded the 140 carat Regent Diamond considered the crowning glory of the historic French Crown Jewels, underwent a sawing process to save a part from being polished to dust.

If such rumors are correct, this would have meant diamond sawing was secretly practiced as early as 1704. Harry Emanuel mentioned in his 1867 book, Diamonds and Precious Stones, “There are some stones difficult to be split (cleaved), and which are sawn with fine iron-wires fitted in a saw-bow, and anointed with diamond powder and olive oil. The same is sometimes done with large stones, on which the risk of splitting is too great to be incurred, or where the natural cleavage direction would reduce the size too much.” – This clearly shows mechanical diamond sawing was not yet existent at that time.

Mechanical diamond sawing was first noted towards the latter part of the 19th century but still took a few good decades before they were in general use, the sawing process added two more partition options and directions to the four available options offered by the method of cleaving.

There are only two grain direction which diamonds can be mechanically sawed, one is the cube direction, the other is the dodecahedral.

The first is better known as the four point grain direction which allows the sawing of a diamond anywhere parallel to any sets of four points on the octahedron.

The dodecahedral sawing plane is known as the two point grain and allows the sawing parallel to any sets of two points on the octahedron. 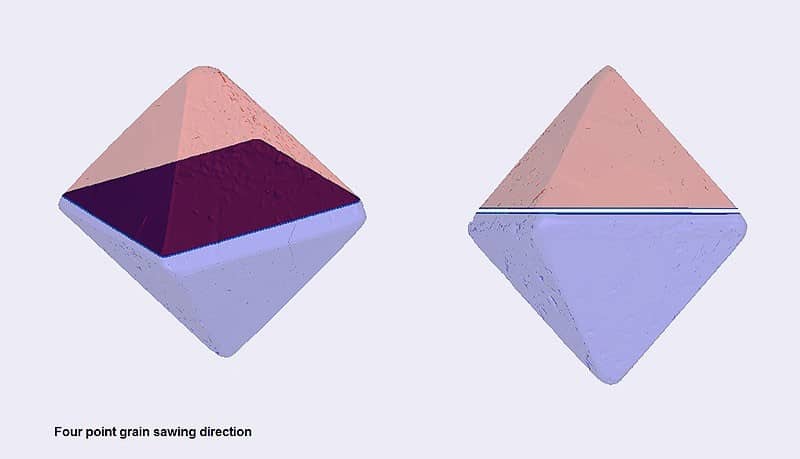 Diamond sawing is a revolutionary process which allowed the division of single rough diamond crystals into numerous diamonds – Sawing has changed the diamond planning process for ever.

*satellite diamonds – usually smaller subsidiary diamonds which were detached from one main diamond. In an intertwined chain reaction of new machines/tools, scientific optical research and mass-diamond productions from South Africa, the specific era caused a perfect storm throughout the diamond industry.

I am speculating Tolkowsky’s diamond design thesis was probably based on sawed diamond models because they already consisted of lower crown heights vs. the Morse brilliants which I believe were cut to higher crown heights probably originating from pre-sawed rough diamonds.

The higher demand developed by the new South African discoveries, the excellent De Beers marketing campaigns of the times and the fairly new diamond sawing processes.

All these caused the industry to plan and cut shallower diamond structures, mostly on the upper crowns – hence, the necessity for value more than optical design for (pure) beauty made the evolution change course. 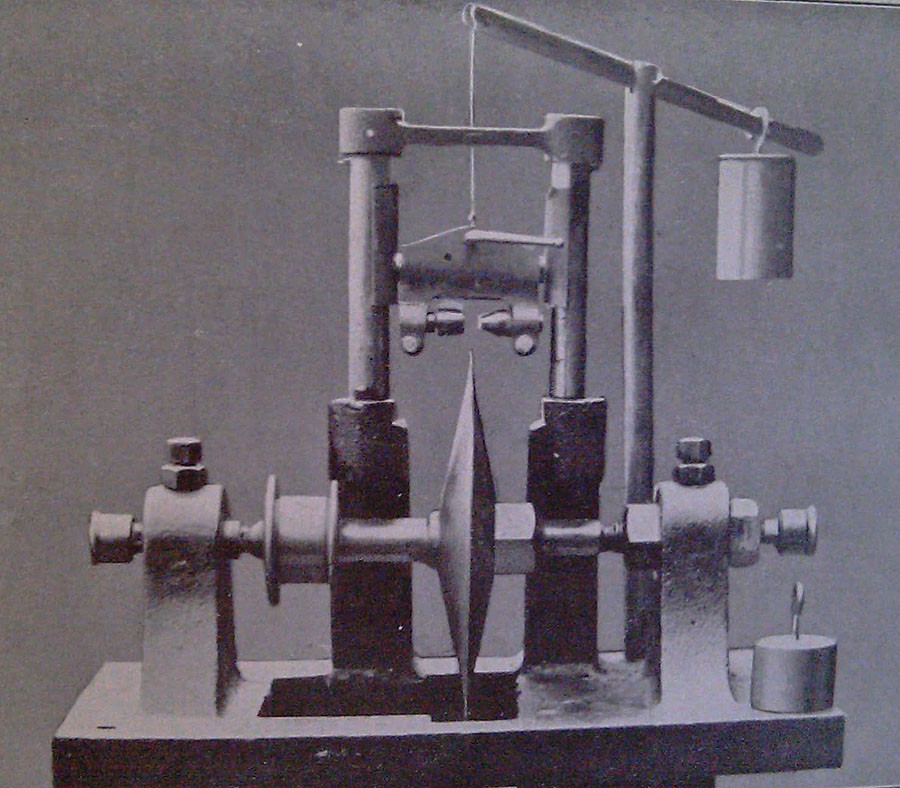 With the development of laser technology for diamond sawing in the 1980’s, grain direction limitations disappeared altogether and any diamond no matter its structural defects could be divided in any and all directions possible.

This allowed planners total freedom for diamond planning and cutting. But for some reason diamond proportions stayed very similar to the pre-freedom limitations.

One major and negative aspect which changed the way I was looking at diamonds was the need for diamonds to be planned and cut to three dimensional body structures.

Sawing numerous diamonds out of a single crystal caused diamond to appear flat, especially on their upper crowns, the “important” visible part of the diamonds when set.

In order for cutters to bring out the full surface-size potential at a minimal weight-loss out of a rough diamond, cutters needed to minimize crown heights, size and angles on account of their pavilion facet slopes which were essential for optical light return.

This in my opinion developed a century long cutting norm where the ratio-divisions between crown height and pavilion depth remains unbalanced until present day!

In general, since I have discovered the uniqueness in old cuts 20 years ago, I have made it my role to research and educate myself on this interesting subject spanning back over numerous centuries.

The more I learned, the more I came to the conclusion that our forefathers designed and cut diamonds to a more accurate configuration.

The natural evolution of diamond cutting has barely changed in the last century due to the values of raw materials.