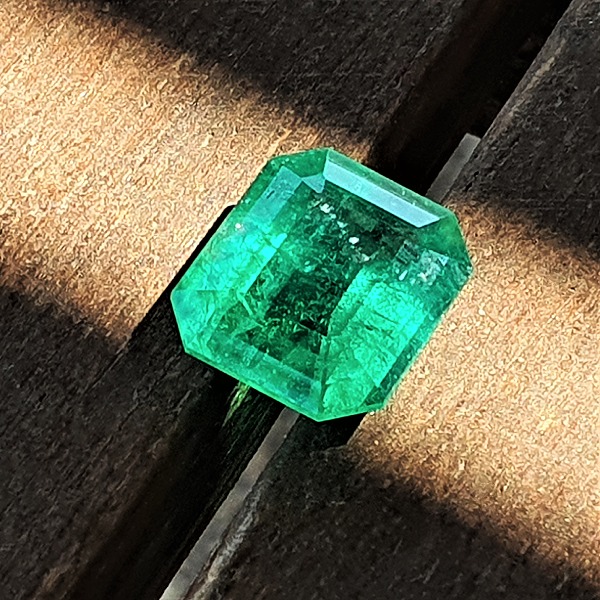 We always believed this emerald was of Brazilian origin.. at least for the 50+ years in our possession. To our surprise, GIA assigned a Zambian origin to this marvel. Didn’t know Zambia produced emeralds commercially for so long.

So I went digging a bit and encountered this 2005 article…

* “HISTORY According to Sliwa and Nguluwe (1984), beryl mineralization was first discovered in the Kafubu area (at a locality that later became known as the Miku mine) in 1928 by geologists working for the Rhodesia Congo Border Concession Co. Although initial investigations did not reveal good-quality gems….,

…During the 1970s, when local miners discovered several more deposits, the Kafubu area became a major producer of good-quality emeralds.”

This just shows how exploring historical information can sometimes shed some unique lights on older gems, connecting the dots between the info we have that this emerald has been with us since the early 1960’s and the fact that only around the 1970’s “good-quality emeralds” were discovered in Zambia shows that the emerald pictured in this post probably originated in the old Zambian mines well before the recent Zambian emerald rush.

Funnily, it was much easier for me to capture its greenness in this picture because when attempted at videoing, the emerald lost its green almost entirely for blue! Video will be posted next.

Old Mine Cut diamonds are antique diamonds formed and cut from ancient times to the end of the 19th or beginning of the 20th. century when more uniformed round brilliants came about. More relevant...
Read More