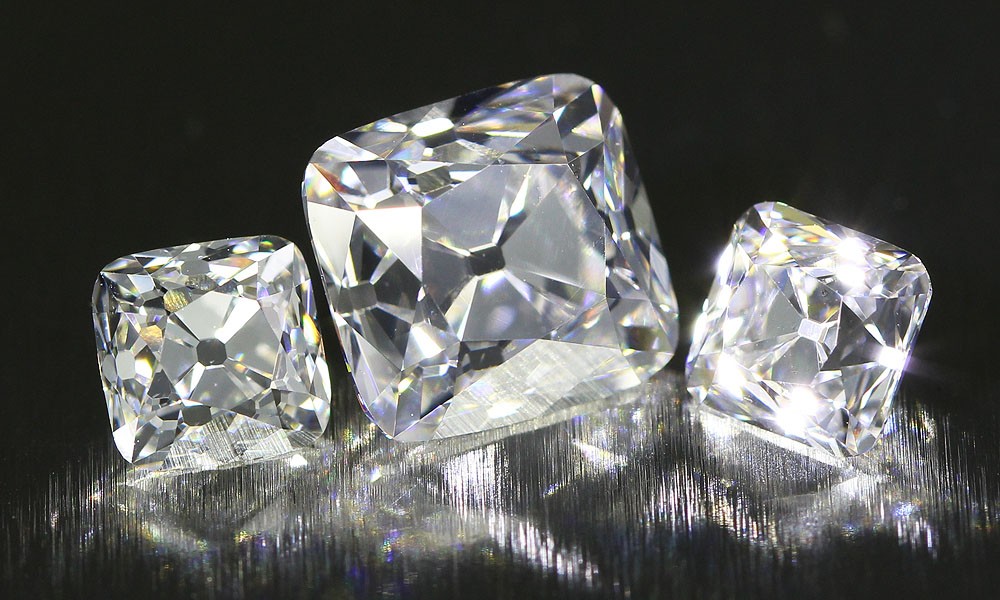 Diamond Kozibe effect is relatively a new term and is based on a very old cutting procedure dating back to the beginnings of diamond cutting. The actual meaning behind the name Kozibe comes from the methodical optical reflections derived from the open and polished culets that were present throughout diamond cut evolution.

Optically it means an evenly spread of open culet reflections across the whole top (crown) surface of the diamond. In some instances, the culet can be reflected through each of the thirty two facets that make up the crown section of a diamond, each in its own position in relation to the light environment, direction and the diamond. 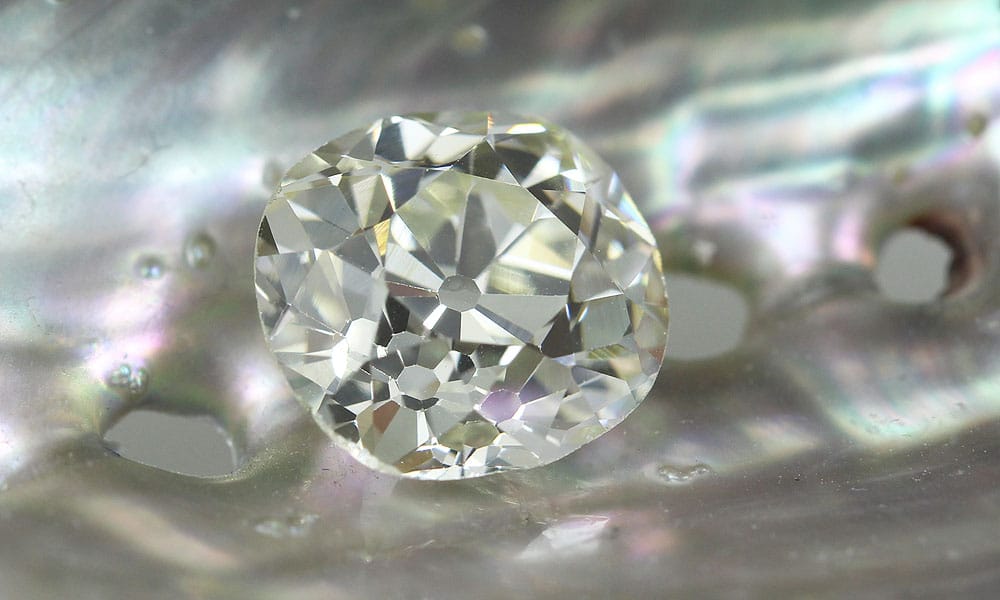 Figure 1 – Diamond Kozibe as reflected back from a 19th. Century antique diamond

In gemological terms, an open culet is a small culet facet positioned parallel to the table facet thus considered a confirmed leakage zone smack in the center face-up position. In our present diamond world where the word leakage is considered a big no-no(!!)

The Kozibe optical effect can be either appreciated or not at all (most of the time), in both cases it affects the appearance and play-of-lights of a diamond. Either positively or negatively, it is a matter of personal taste. Might I dare call this unique optical treat an acquired taste, which it certainly is. 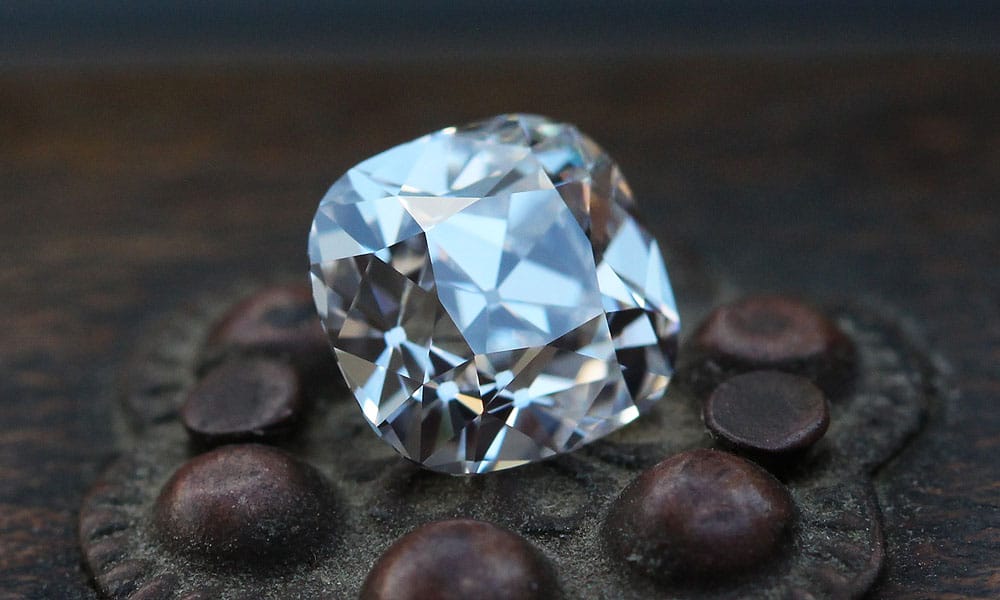 The Kozibe term was first introduced by Antwerp’s Diamond High Council – HRD (Hoge Raad voor Diamant) and is actually either a Dutch or Flemish abbreviation for “kollet zichtbaar in bezelen” (*1) in reference to the optical effect caused by polished open culets.

Kobize optical effects appeared mainly in older diamond cuts and had numerous reasons for their presence both optically and structurally.

Contrary to the general assumption that Kozibe effects populated mainly brilliant style Old Mine Cut diamonds, this optical occurrence had no relation to diamond shapes or forms. Kozibe appeared in most diamond cuts which consisted of both a crown and pavilion section. 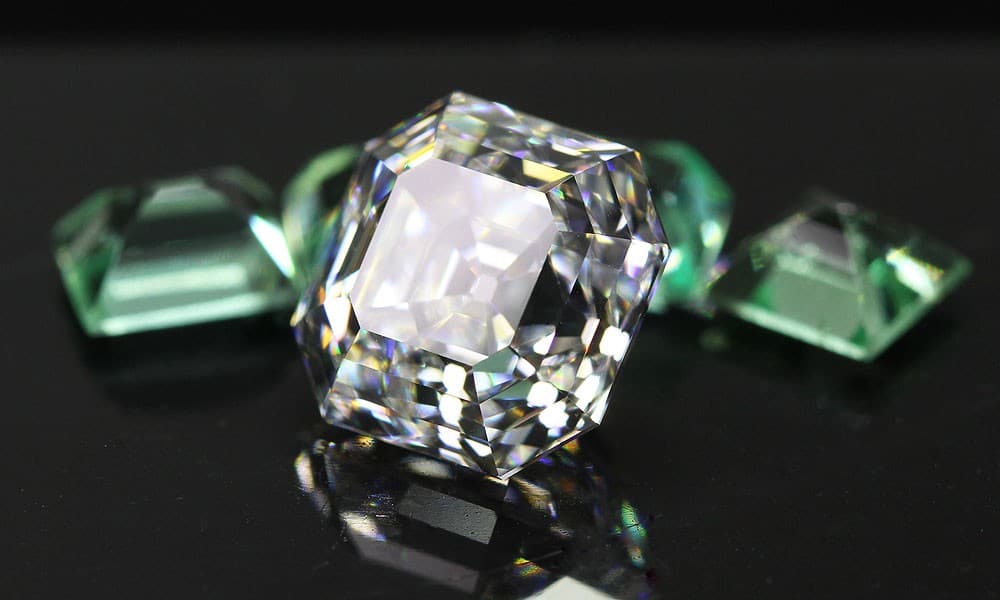 The primary reason for this old practice was the mere fact that in those days it was physically impossible to polish a number of facets to a cone shaped terminating into a sharp meet point.

Any attempt would be met with either a broken or heavily abraded culet area. (the culet area is the most intense reflective point in a diamond). In order to remedy this unwanted occurrence, cutters would simply polish a proportional facet on the culet area beforehand. 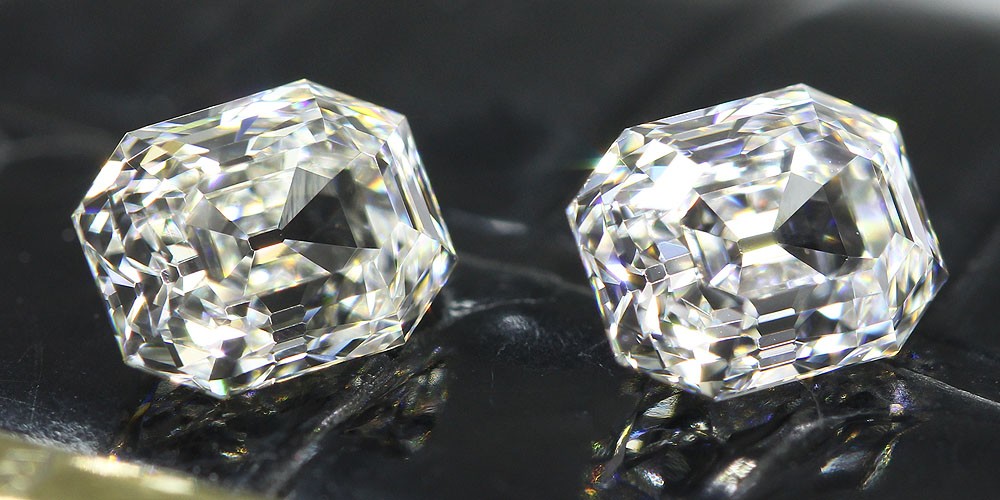 The next reason Kozibe became a practical norm was for optical reasons, even though considered an area of leakage, any facet on a diamond was considered a window for light entry and/or reflection.

Cutters noticed that when you tilt the diamond slightly (movement) some culet reflections would catch light rays and reflect them back to the viewer. So eventually it became as essential part of the diamond’s play-of-lights repertoire.

Manual diamond sawing which was a religiously kept trade secret for a few centuries was also responsible for open culet diamond processing, sawing allowed the separation of the octahedral points (for additional smaller satellite diamonds) thus creating a shallower base model for the main diamond which then required an open culet to be successfully completed. 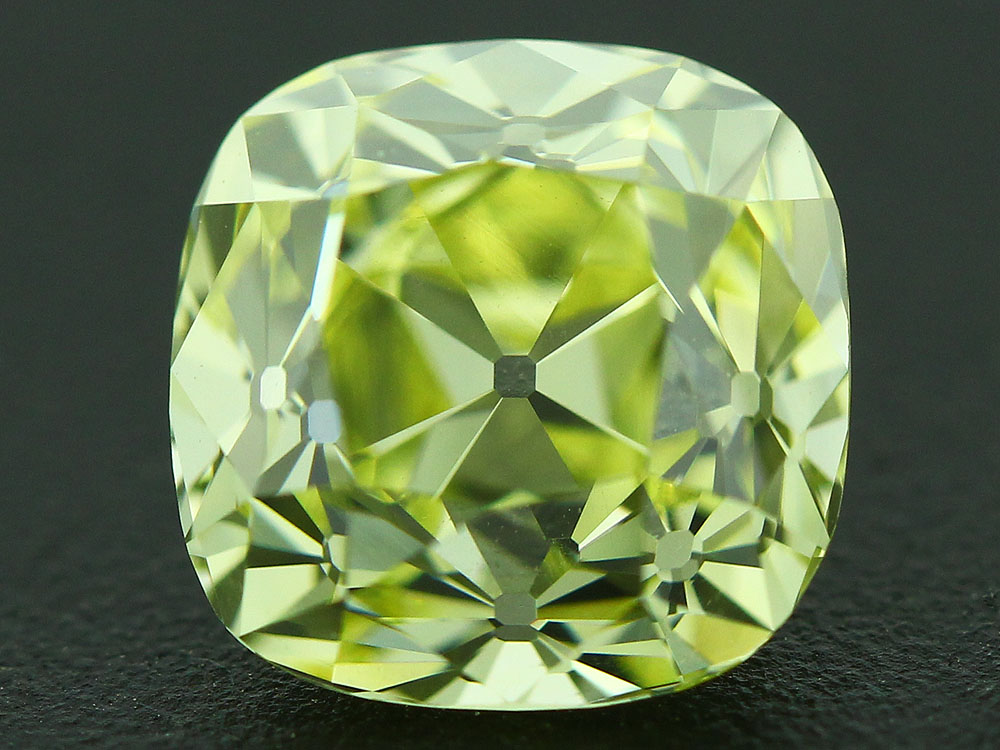 Now let’s head back to the 3rd. paragraph of the article where we touched upon open culets in regards with gemological terms and their present status. As mentioned, open culets mean parallel table/culet windowing thus creating leakage and therefore must be systematically penalized.

I have been cutting diamonds for over 30 years. Ever since I held the first antique diamond in my hands, the Kozibe effect caught my attention and for the last twenty years over 99% of my diamond designs and works display the uniqueness as reflected from their Kozibe effects, they play an inherent role with the play-of-lights that my cuts offer. 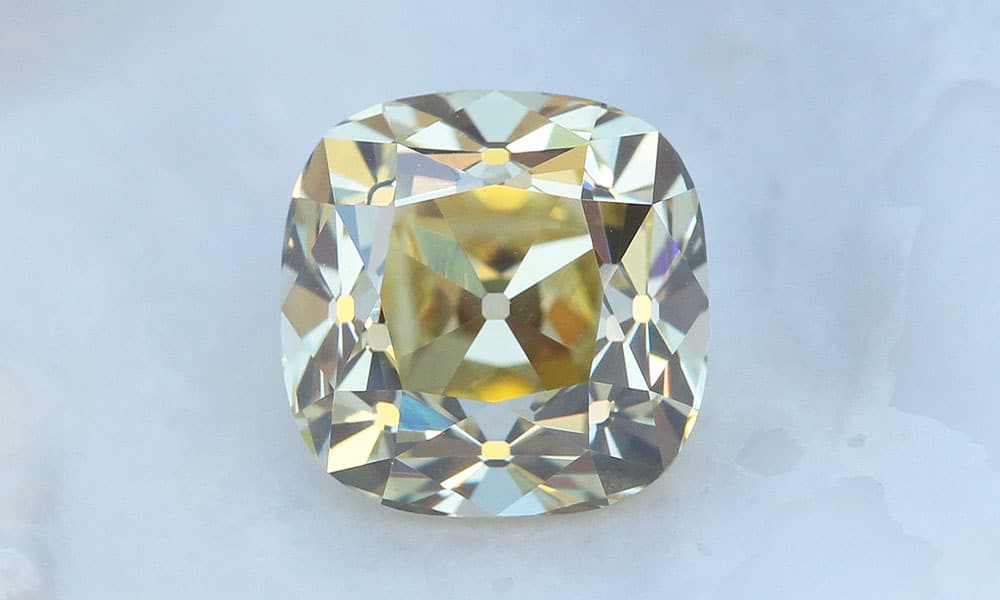 For the last century, Kozibe effects are considered an optical negative by most diamond professionals, as far as I am aware, no one is currently purposely polishing modern cut diamonds with Kozibe optical effects.

In 2010 I designed a modern and proportionally innovated cushion brilliant which wasn’t eligible for a top AGSL cut grade of Ideal triple zero. The sole reason was simply because the design exclusively contained a medium sized open culet. At the time, any diamond possessing an open culet above very small would be automatically penalized. 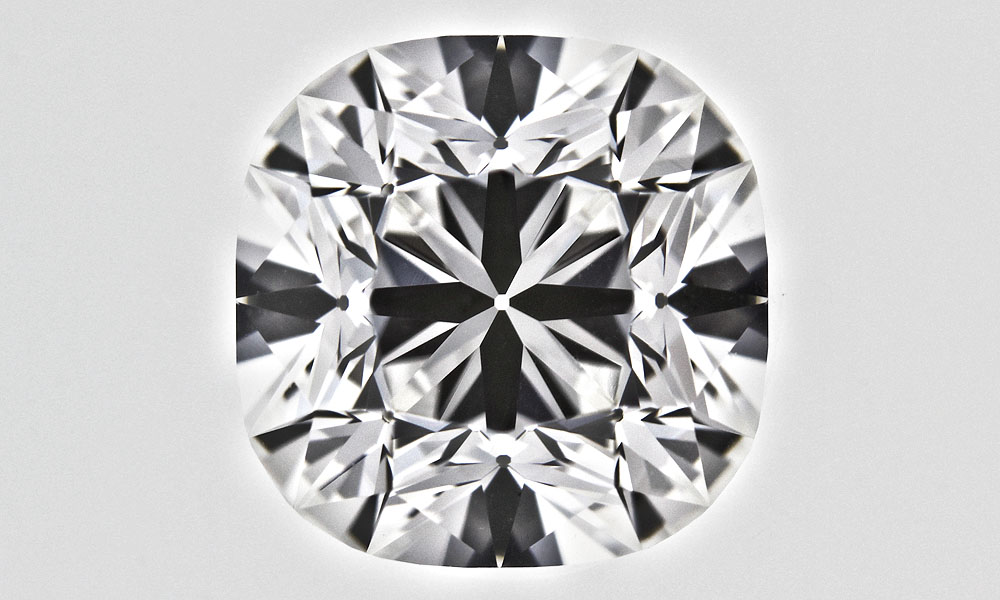 The open culet of this specific design had two major objectives. Firstly was of course the unique optical effect of our subject, but secondly and not of less importance was the fact that closed culets are prone to chip and this specific design would require a whole re-cut of every single facet in order to re-point the culet without altering its specific signature and optical appearance.

In 2011 I submitted a formal request to the AGSL committee detailing my case in the matter, a few weeks AGSL accepted my request and issued my design a triple 0 cut grade. Since then AGSL slightly changed their open culet requirements eligible for the top grade.